On June 3th, five young men and one young woman from Uganda arrived in the morning for our one week GSWF exchange program to learn more about the Dutch culture. Beside the Cultural aspect of the exchange we also had several excursions to various farmers in the region. With the experiences and information that the group gained, they hope to make a positive contribution within their own community in Uganda.

On the Second Day of the exchange program we took our guests on an Excursion to a Hydrangea nursery.

On the third day we had an excursion to “Koolen Champignons” a Mushroom nursery. This nursery company does not use chemicals, but works entirely organic. Good for the environment and fits nicely with our first GSWF item: Preservation of Nature.

On the fourth day we had an excursion in the morning to the “Leven van de Wind” (“Living from the Wind”) farm.

On this ultra modern farm, they produce their own energy through wind turbines and solar panels, which is also sufficient to provide more than 500 other households with energy on an annual basis. After the farm we had an excursion to the “Monument” on the “Afsluitdijk”, one of the huge and famous “Delta works” in the Netherlands. And in the afternoon our tour continued to the fishermen’s village of Den Oever, which also has a protected nature reserve. The day ended as special guests at the Edsel Juliet and his Salsa Session party in Hoorn, where the group got a diner and visibly enjoyed the live music and made their first Salsa moves and started to dance.

On the fifth and last day of the Cultural exchange we had an excursion to a livestock farming where the group was introduced to the modern way of milking cows. The milking machines left a deep impression on them. In the evening we had, not a good bye, but a “Till we meet again” dinner at the farm of Lies, the Chairwoman of GSWF. We ended the day with a Cultural evening in which the exchange group shared more about their Ugandese Culture with us through a traditional ceremony and by the gift of a pet name.

With special thanks to Charme Logies Wadzout’t for the accomodation for the exchange group.

*”Kwekerij de Oosterkwel” for their support and special thanks to Mark Meskers for the tour on his Hydrangea nursery and all the information.

*Leo Koolen, Founder and Managing Director of “Koolen Champignons” for his support, the tour and all the information.

*Family Huisman and their daughter Iris for their support, the tour and all the information during the excursion

View all pictures of the Exchange program with Uganda 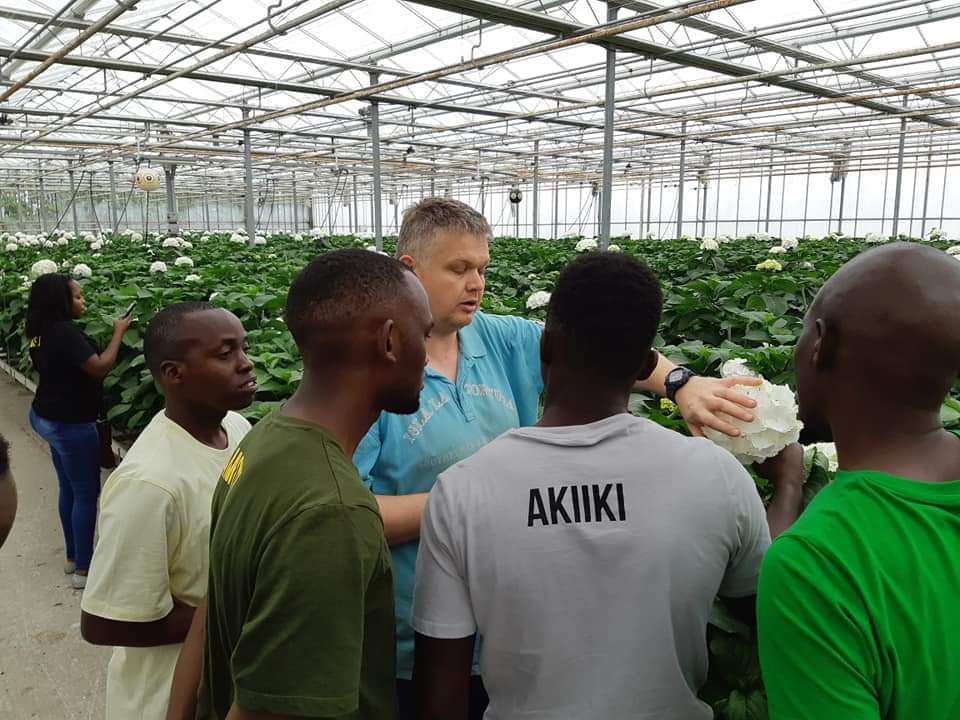 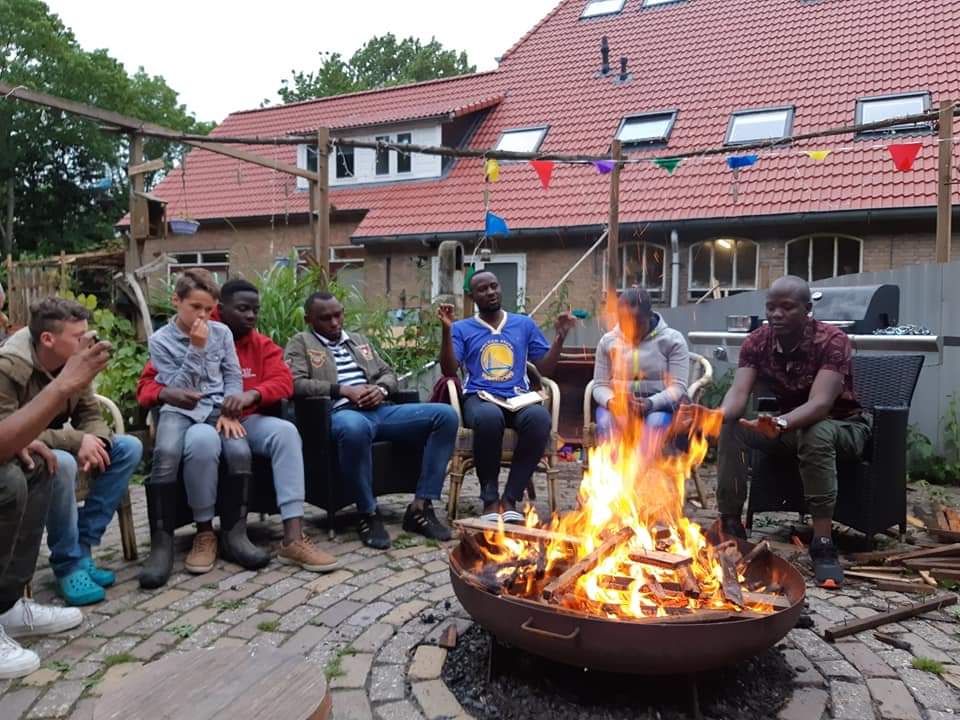