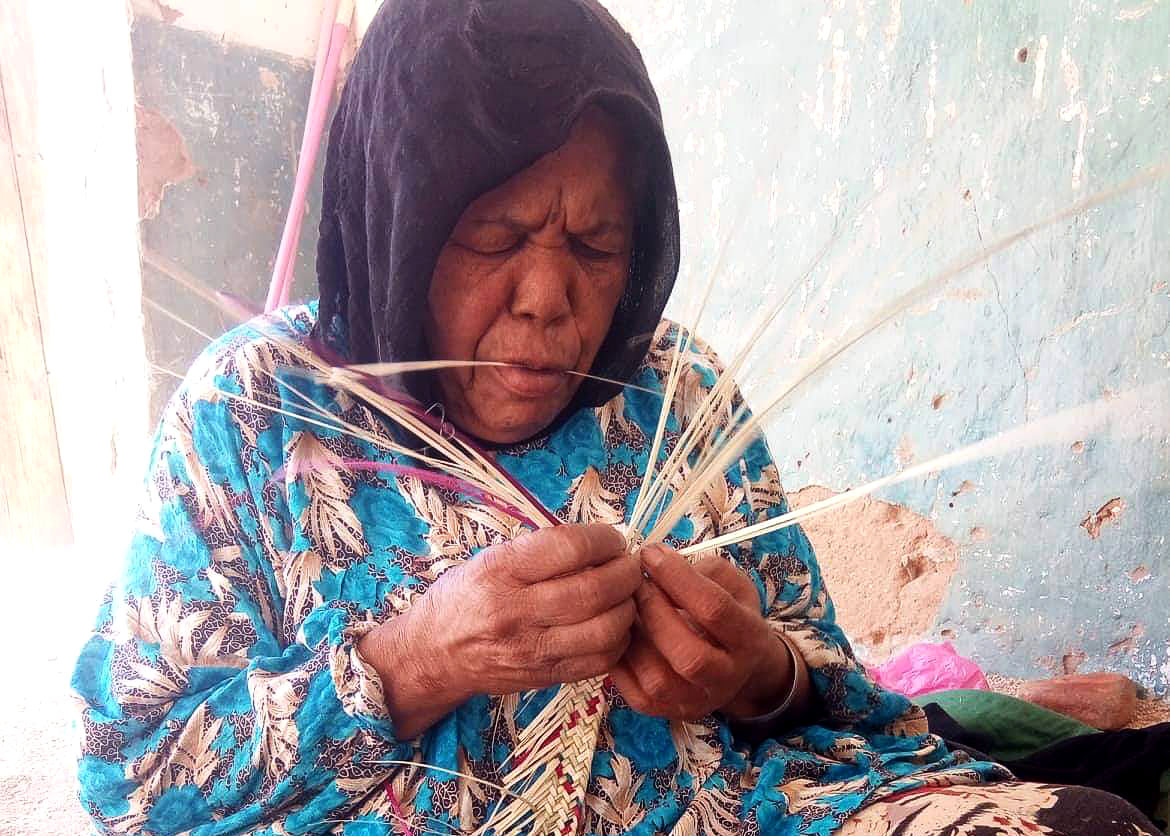 This is 83-year-old Algerian Khadija Abdoulali. Khadija belongs to the If Kel-Djanet tribe, the largest tribe of the Djanet Region. In addition to this large tribe, there is also a smaller tribe in this region, called the Timamen.
Despite her advanced age and the problems she has with her eyes, Khadija still makes all kinds of handmade objects on a daily basis, including these beautiful baskets. She still does this completely according to the old traditions of the Region Djanet, where she still lives.
The baskets are made from palm leaves that you can find in the big oasis. You have to climb into the palm trees first to cut off the leaves. Then they are cut into narrow strips after which they are dried. When the strips are dry enough, you can start weaving the baskets.
The photos and video show Khadija making a basket, which was later given as a thank you to our founder Monique for her commitment to preserving traditional indigenous cultures.
Khadija takes about 10 to 15 days to make one basket. Besides that she loves her handworks, it is also still a source of income for her.

Extra note: The donated basket will also be exhibit during the The World in Faces exhibition in the Cultuurschuur in Wieringerwerf.