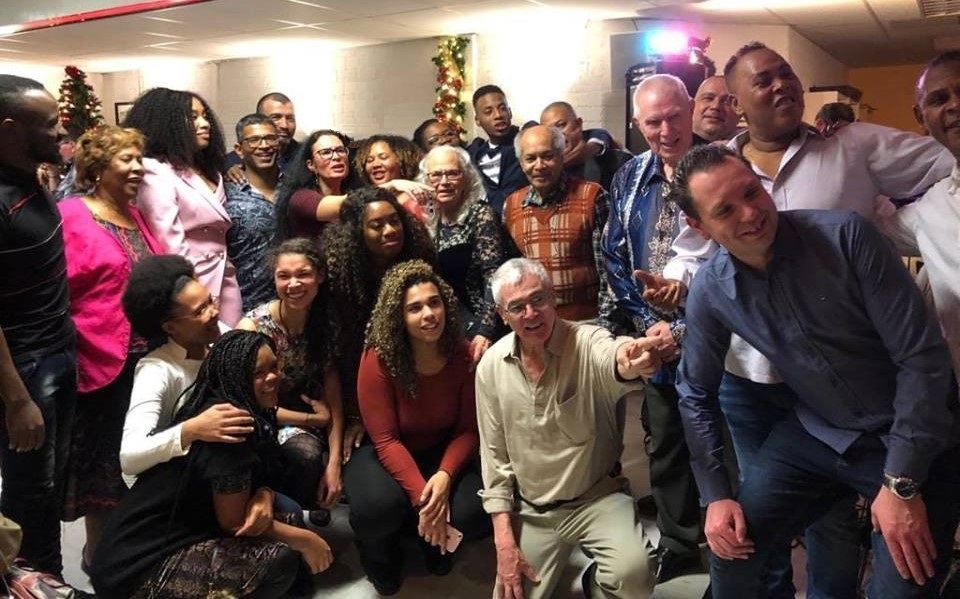 “SOSO LOBI” NOTHING BUT LOVE

Monique Wijngaarde – Bekema, Founder of Growing Seeds Worldwide Foundation — I’m also known as “Moya.” My Foundation is based on my promise, as a 16-year-old, to my late Surinamese Indigenous (Lokono – Arawak) maternal grandmother, Petronella Amelie MacDonald, to the life lessons she taught me, to the stories she shared with me, and to my own life experiences – each brought together into one concept.

We are committed to preserving Nature, preserving Cultures – especially the traditional Indigenous ones, bringing Cultures and different backgrounds together to create Unity and Respect for Love and Peace, stimulation of Self-reliance and a Youth Leadership program that also includes all the above.

My own background: I come from a very colorful family. I’m a real mix, representing all so-called four colors of the world – Black, White, Indigenous and Asian, given by the blood of my late grandparents, and due to mixed marriages in my family.

Growing up and being a part of this diversity from birth – for me, it is more than normal. It has taught me to live with an open mind when it comes to others, and to respect each and every one of us, no matter what background, skin color, culture, ethnicity or religion. Therefore, I never saw any difference in people’s distinctions.  What I see first is a “Human Being,” and I can’t do otherwise or I would be discriminating against myself. But, what is normal for me and my family isn’t always normal for the outside world.

For me being such a mix, many people often don’t know where to put me or how to accept me inside a certain group. The truth is for many years I didn’t know myself. I even became lost in the questions, “Who am I? Where do I belong?” No matter how hard I tried, I couldn’t find the answers, and in the meantime, I walked against walls of people telling me, “No, you don’t belong to us, because you look too much like ________.”

Years ago, when I was 30-years-old, I even traveled together with my mom all the way to the west coast of the African continent, to search for that part of my Roots. It was the second year after they opened the borders for tourism. I wanted to see where my African ancestors came from with my own eyes. It was something I wanted to do for a long time, to experience the West African culture, the music, the history, the way of life, and also to visit the so-called Island of the slaves – a very small Island where they kept all the slaves until there were enough to ship to the colonies overseas. It was a profound experience and in a strange way it was even a relief. Also, it was a journey with many beautiful and funny moments.

One thing I will never forget is the moment a group of young men came to my mom and me, to ask us what our real background was. They knew we came with a travel agency from the Netherlands, but to their opinion, we didn’t look and act like Dutch people and “normal” tourists – there was more behind our visit. When I explained, we came at my request to find out who we are and the reason we are here, one of them started to dance and yelled to the others, “I told you so, I told you so…. I could see it from the structure of her face. She has Mandinga blood in her.”

At that moment I thought, he’s watching my skin, my face? How could he see that, which structure? The story went in many directions and before we knew it, everybody was informed about us and why we were there. We became accepted as one of their own. Everyone wanted to help us, and one of them, a student who they called “The Captain,” was guiding us around and protecting us from the swarm of people who were interested and curious to know more about us. Which, at some point, became very overwhelming.

It was not directly after this experience, but years later, when I remembered one of my grandmother’s stories – how she once was among Hindu people in Suriname. They asked her if she was a Hindu woman and her response was, “Well, if you believe that I’m a Hindu woman, then I suppose I’m one.” From that day they treated and respected her as one of their own. It was the memory of this story and thinking back to what happened on the West African trip, and other life experiences that helped me find my long-searched-for answers, and the understanding of the message my grandmother wanted to share.

I suddenly realized, it was not important for me to belong to a certain group of people, but to open my heart and arms to those who accept me for who I am as a person, and those who embrace me as one of their own. It also became one of the reasons why I gathered Cultures and diverse backgrounds together to create Unity and Respect for Love and Peace into my GSWF (Growing Seeds Worldwide Foundation) concept. It is my hope that other people will also understand the message of my grandmother.

No matter what Culture, background or skin color you have, or what kind of situation you’re in – you have to open your heart and open your arms to those who embrace you and accept you for who you are. And, you must also be able to give the Love that is shared this way with you. Because, in the end, we are all one… One Race ~ the human one. And, we are all Indigenous to this earth.

There’s “Nothing but Love,” or as we say in my grandmother’s Surinamese language, “Soso Lobi.”

**This article was written for https://warriorwomanspirit.com
With special thanks to:
Jane Lindemuth Fitzpatrick